In the first section of the book Roy and Celeste, through their first person narratives, introduce the reader to them, their views of their spouse, and their recollections of the fateful weekend trip to visit Roy’s parents.   Roy was born and raised in Louisiana but attends college, meets and marries Celeste, and makes a home with her in her home town of Atlanta.  When they visit Roy’s parents, they choose to stay in a local motel.  They are woken by police that night and Roy is arrested for raping another guest in the motel.  Although falsely accused, Roy is convicted and sent to prison in Louisiana for 12 years.  Celeste returns home to Atlanta.  Life disrupted….

The second section of the book is presented through letters Roy and Celeste write to each other while Roy is in prison.  Through this approach we have a very intimate view of them and their marriage.  We hear exactly and fully what Roy and Celeste say to each other through this medium, their only route of regular communication given the distance between Roy’s prison and Atlanta (which results in few “live” visits).  In his first letter, Roy indicates he thinks he last wrote a letter when assigned a French pen-pal in high school and “That whole thing lasted ten minutes.” He knows with certainty it’s the first time he’s written a love letter.

In the meantime, Celeste’s uncle works to free Roy and he is eventually successful.  Roy leaves prison after 5 years hoping to “return home”.  But home is not as he left it.  In the third section, Jones returns to first person narratives by Roy and Celeste.  A third voice, Andre, also participates and alternates with the other two. Andre was a college friend who has remained part of Celeste’s life while Roy was imprisoned.  It seemed to this reader that Jone’s writing made the pace of the alternation of the three voice-lines hastening dramatically as the three characters reach a point of, potentially, no return.

The title of Jone’s book is “An American Marriage” and it is a story of a marriage– one that has been disrupted.  She requires the reader to face this disruption—the immediate terror of police breaking into the motel room, the disbelief that Roy could be found guilty of a crime he didn’t commit, the lost years of his imprisonment.  In one of Celeste’s early letters she indicates “Uncle Banks is preparing the first appeal.  He reminds me it could be worse.  Many people have run-ins with the law and they don’t live to tell the tale.  There’s no appealing a cop’s bullet.  So at least there’s that but it’s not much.”

Much of the story is universal–disapproving in-laws, a husbands’ wandering-eye, a couple’s first year of marriage when they are trying to figure out how they will live together as a married couple.  Many novels are available that deal with these topics written across many centuries by countless authors.  But Jones also provides the reader some insights that are different.  The characters are black.  Roy had a scholarship to Morehouse.  Celeste graduated from Spelman but spent her first year at Howard University.  They are upwardly mobile and they expect to be “rich black”. The disruption that impacts their marriage is one that traumatized Roy, and his family, through a system that is far from color-blind.  This reader got a different view of life in the US through their voices and their reactions to this disruption.  Jones provides us distinctly unique characters whose feelings were realistically painted and which certainly impacted this reader.    I look forward to discussing this book with others. 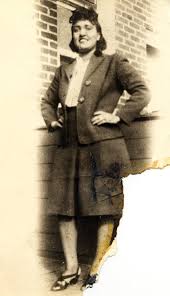 The Immortal Life of Henrietta Lacks

Rebecca Skloot first heard about Henrietta Lacks when taking a community college biology course.  Her professor encouraged his students to– step back and view the amazing complexity that happens in each and every cell in our body, realize that the activity is directed by the DNA in our chromosomes, and understand that an exact copy of this DNA is made during each cell division.  He explained that a small mistake in that division process can cause cells to divide uncontrollably, manifesting in what we recognize as cancer.  He explained that we know this by studying cancer cells in culture in the laboratory and that cancer cells from Henrietta Lacks were the basis of much of this study.  Skloot’s curiosity in learning more about Lacks was initiated in this class.  Her interest continued to grow and about 10 years after taking this class she initiated a focused 10 years of research about the woman Henrietta Lacks, the HeLa cell samples taken from Henrietta Lack during her treatment for aggressive cervical cancer, the history of cell culture, the revolution that HeLa cells allowed in conducting human biological research, and the ethical questions that have arisen about the use of human samples in biological research.  The eventual product was this book.

In the initial section of the book entitled “A Few Words About This Book” Skloot indicates that this book is a work of nonfiction, that the words attributed to people in the book were theirs, either recorded or written, that she maintained the dialogue they used, and that she used extensive interviews, records both public and private, peer-reviewed journal articles, and published books on relevant topics  to piece together the history of Henrietta Lacks, the history of HeLa cells that were samples of her tumor, and to describe the worlds of Henrietta and the various researchers she describes.

This book seems to be the first to provide a full picture of Henrietta’s short thirty-one years of life.  Skloot’s reporting requires the reader to face the challenges of obtaining adequate medical care as a poor black woman and the approach of medicine in dealing with cancer at this time.

Two ongoing themes in the book are 1)  the depersonalization that can occur when a sample is taken from a patient and it’s turned into a specimen for biological study  and 2) the financial implications of human samples that enable biological knowledge that beget life-saving commercial diagnostics and medical treatments.   Skloot pulls no punches when she describes the focus of the scientific community on the science that could be accomplished as a result of George Guy’s discovery of the immortality of the HeLa cell line and the cell culture techniques he perfects to allow its study by, eventually, myriads of laboratories world-wide.  Interestingly, Guy willingly shared the HeLa cell line and his culture techniques very broadly before devoting any energy to publishing his findings thus nearly losing any credit for his role in establishing this valuable tool set.  Although Henrietta’s cells enabled substantial biological discoveries, life-saving treatments for many diseases, and profits for cell line services, pharmaceutical companies, and royalties for inventors, the Lack family received no compensation and remained unable to afford medical treatment for themselves.  Skloot discusses the very slow recognition by the medical research community and its governing bodies that a patient should play some sort of role in determining how his/her clinical specimens be used aside from the diagnostic studies planned to directly support their medical treatment.  In the last section of the book she finally devotes attention to this particular aspect and shows that regulations actually remain somewhat murky and many questions remain unresolved, especially those regarding the millions of samples in various sample banks that were acquired before any sort of informed consent was involved or privacy concerns considered. She discusses the case of John Moore who unsuccessfully sued for ownership of the cell line created from his cancer.  Not discussed in this book are the intellectual property cases regarding patentability of DNA as the Supreme Court hadn’t ruled on these cases before publication of the book.  This situation remains murky as well.

A substantial section of the book is devoted to the journeys she took with Deborah Lacks, Henrietta’s daughter, as they together work to learn about Henrietta’s life.  Skloot describes their road trips to places her mother and family lived, the institutions that studied Henrietta’s cells and later samples from her family members, and record holders of pertinent information.  At times this reader was uncomfortable with the detailed picture Skloot provides of Deborah, a woman then in her seventies, as almost manic on this desperate journey to learn about her mother and what happened to her and her cells.  Near the end of this section Skloot indicates that she learns late in their journey that Deborah is suffering from very high blood pressure and uncontrolled diabetes, medical issues that may explain some of her behaviors.  Did she cross the line of confidentiality?

Unlike other works of nonfiction, Skloot does not use footnotes in the text to specify individual sources, but rather choses to describe the various types and some specific sources in a section at the end of the book.  Similarly, there is no index to contents.  Despite these “non-academic” attributes, I did not detect a clear Skloot “stand” on the ethical issues raised generally or particularly about this particular case.  Similarly, Skloot’s intentions to factually document Henrietta’s family members’ struggles to understand the situation seem to be authentic and delivered.   Sklott indicates her objectives and methods clearly in the opening of the book and the Notes sections at the end.  She has certainly delivered a piece of work that fills a big void in our understanding of the HeLa cell line, the woman from which it was derived, and the unanswered ethical questions of using human samples to understand our world.