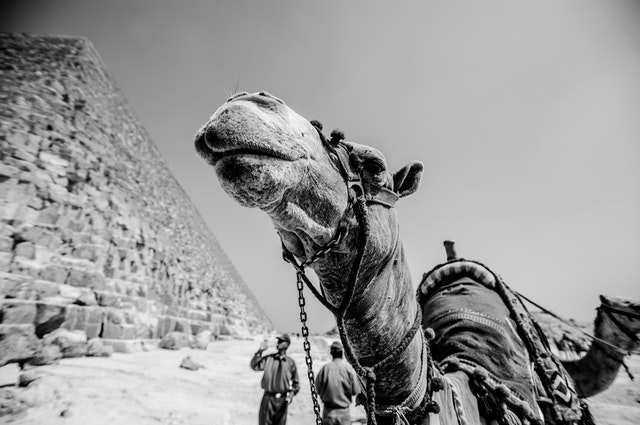 Gertrude Bell:  Queen of the Desert, Shaper of Nations

One of the book clubs to which I belong gave an assignment:  choose, read, and present a biography (or memoir or autobiography) of your choice.  I choose biography to learn about the person through research done by someone else vs self.  I actually enjoyed working on the selection of the book to read.  I had learned about Gertrude Bell, and the meeting of 40 that divided up the Middle East into countries to be controlled by Britain, France, and Russia, through a historical fiction book.  Although many are familiar with the name “Lawrence of Arabia”, far fewer are familiar with Gertrude Bell, including myself.  I chose this book to learn about the person of Gertrude Bell and how she influenced the course of Middle East history/conflicts.

Apparently this book differs from other biographies of Gertrude Bell by NOT focusing on the part of her life devoted to the Middle East.  Rather, this book tells a rather complete history of Gertrude from her early youth through death.  The chapters are arranged somewhat chronologically but also tell about discrete aspects of her life.  Since during her adult life she was both climbing mountains and travelling in the Middle East and involved with two loves of her life, the chapters are helpfully focused on individual aspects.  While some reviewers complained about the amount of detail provided, I rather enjoyed it

Gertrude never married.  Her first love, to whom she hope to become engaged, was not deemed suitable by her family as a marriage partner.  Gertrude was understandably heart broken.  Her near finance died a few years later.  Her second love was a married man, a military hero turned military counsel.  Their acquaintance turns into friendship and then love.  Gertrude hopes he will leave his wife but he won’t; she doesn’t become his mistress although they pursue their unconsummated love affair through letters for quite some time.  Dick Doughty-Wylie also leaves Gertrude’s life completely through death, this time in 1915 in France in a battle.

The world may be a different place if Gertrude had married or if she had not had a substantial income by way of inheritance of family wealth.  Unburdened by a home to manage and children to raise or the need to work to make her own living, Gertrude literally traveled the world and became expert in many skills.  She became an expert mountaineer, gaining a reputation for both skill and courage.  She studied archeology and co-authored books on ruins she helped excavate.  These efforts win her election to Fellowship of the Royal Geographical Society and becoming the first woman to receive a RGC award.   She traveled extensively and took on a quest to understand the geography and culture of what we now call the Middle East.  By means of her solo expeditions (she and her company that carried her equipment, set it up, and cooked for her) in 1900, 1905, 1907, 1908, 1911, 1913 she traversed (current day) Turkey, Syria, Lebanon, Jordan, Israel, Iraq, Iran, and Saudi Arabia.  Her travels demonstrated once again her focus, courage, and lust for learning.  Despite sometimes ferocious heat, cold, sun, and sand, she journeyed on atop her camel and successfully covered the routes she carefully planned.  She learned, through trial and error, how to gain audience with tribal chiefs and, by learning their language, was able to converse deeply and knowingly with them about their art, literature, and politics.

The knowledge she gained during her adventures provided her unique capability to serve in a variety of mainly non-commissioned military counsel roles in various parts of the Middle East and India.  She writes numerous papers on the governance structure her Middle East travels revealed to her.  She participates directly in the Paris Peace Conference on the future of Mesopotamia as well as the Cairo Conference that defines how Britain, France, and Russia will “divide up” the Middle East.  She influences and acts directly in establishing borders in the Middle East and in setting up governments in Syria and Iraq.  She drives for a referendum in newly formed Iraq regarding its leader.  As a result of the referendum, Faisal ibn Hussain ibn Ali, who she recruits after being deposed in Syria and recommends for the role, is crowned Faisal I of Iraq in 1920.  She continues to support establishing Iraq as a nation until she dies in 1926.  She is accorded a military funeral and is buried in the British Cemetery, Baghdad.

This book relies substantially on Gertrude’s correspondence as a primary source for the details provided.  Gertrude wrote at least weekly to her family whether or not she could post the letters during some of her travels.  Her correspondence with Dick Doughty-Wylie is also frequent and revealing of their feelings and actions.  I’m not sure such correspondence exists for current political, cultural, or business leaders or that it can provide the depth of understanding of their thoughts or character as we have of Gertrude Bell.  Fortunately Georgina Howell read her correspondence and used it, and other sources, to weave a fascinating look at this important, but little hyped, Shaper of Nations.

This book came my way as many do, through a book club.  This time I was the assigned facilitator.  This book provided some challenges to me as a discussion facilitator as it is not only non-fiction but also a scholarly work that was a Pulitzer Prize winner (among other honors) for its accessibility to the non-historian.

The book is quite extraordinary.  The author was willing to read the entirety (27 years, 9975 entries) of the actual handwritten diary of Martha Ballard as no complete transcription exists.  While a few others have referenced the diary and used it to support their scholarly history of the area, no other author has so painstakingly uncovered the rich information available to us through Martha’s writing.  We learn of specific events in the rural Maine settlement that others chose not to discuss because of the potentially unsettling or embarrassing nature (rape, potentially a gang-rape, of a minister’s wife; murder/suicide event perpetuated by a man against his wife and 7 children and subsequent reaction of the community; the existence of a bastard child of the local Justice of the Peace, that the father acknowledged the child and paid Martha for nursing services during the child’s illness resulting in death).  But even more importantly, through Martha’s diary we learn about her life and the life of her community. We learn that as wife, mother, and homemaker she is literally making the home.  She and her daughters  prepared  thread from flax grown on their property and then wove it into cloth which then became towels, diapers, quilts, and garments.  Women managed their gardens so that fruit and vegetables were available to the family nearly year-round.  Women tended domesticated animals to prepare milk, butter, and meat for the family.  And of course they continuously cooked, cleaned, and washed for the family and the (surprising in number) guests that stayed with the family in highly cramped quarters.

In addition to being a wife, mother, and homemaker (more than a full time job at that time) Martha was also a midwife and in this role she played many other roles: nurse, physician, mortician, pharmacist, keeper of vital records, and chronicler of medical history.

We learn of the cycle of life for families at the time:  courtship and marriage rite customs, early part of married life during which many children are birthed and cared for, the mid-stage of married life when children become useful labor for the men’s work of clearing land and farming and for the women’s work of gardening, raising animals, weaving, cleaning, cooking, washing, and tending children.  During this period the family was made or not with regards to their ability to make a living that enabled both “home grown” and purchased goods.  It was during this time that Martha’s career as a midwife was made possible.  Her teenaged daughters (the ones that survived to that age) attracted other teenaged girls to work for the family for trade or money to tend the household, spin thread, and weave cloth they used and sold.  This allowed Martha to be away for deliveries and to provide other medical needs to her community as well as tend her herb garden and prepare the salves and ointments that comprised the medicines of the day.  In later married life, after the children had married and established their own homes, the married couple once again became devoid of “free” labor to help them manage the myriad of tasks that persisted.  Martha’s diary reflects the increased burden she felt as the washing, cleaning, cooking, garden tending, and animal management continued regardless of her ability to recruit and retain paid help.

As this is a midwife’s diary, readers are also enlightened about the state of medicine and the special career available for a few women in the community.  We learn that the state of medicine is quite crude by our current standards—various botanical ointments and salves—which both midwifes and doctors used.  In parallel, the medical profession was beginning to claim a special standing based on their education and involvement in newly forming medical associations.  While Martha and her fellow healers/midwifes retained their botanical approach to healing, male doctors became more “heroic” using bloodletting, leeches, opium,  and harsher applications of the botanicals used by their midwife counterparts.

Ulrich provides an account of Martha’s success as a midwife based on her diary:  831 births, only 46 of which have comments about some kind of complication (5.6%).  Only 5 patients died—one who suffered from measles at the time of labor and delivery, one who was in apparent eclampsia and delivered a stillborn child, and three of probable puerperal fever when there was scarlet fever in abundance in the community.  Ulrich’s research allows her to compare and contrast Martha’s record with records of doctors in the area and region.

We learn that premarital sex is nothing new to the United States.  Of the 106 first births by women that Martha attends, 41% of the children (40) were conceived before marriage.  In most (31) of these cases the mother eventually marries, usually, but not always, the baby’s father.  We learn that midwifes perform a significant role in ensuring that babies conceived out of wedlock were recognized by the father and supported by him.  The midwife actually took the name of the farther from the mother as she delivers.  Martha’s own son, Jonathan, was named in one of these cases; he eventually marries the mother several months after the baby is delivered.

The book provides additional views of the life and times of Martha Ballard which we surely would not know without this diary and this author’s willingness to do the archeological “dig” necessary to unearth the details.  We learn about the remarkable fortitude of Martha Ballard, the monetary and, more importantly, personal rewards of providing midwifery services to the community as well as the challenges she faces over the course of this period of her life.

The author provides extensive notes that either indicate her sources (which include not only Martha Ballard’s diary but diaries and records kept by local townspeople for either personal or critical records purposes as well as other relevant scholarly books and articles) or provide additional detail about the topic at hand.

I strongly recommend taking the time to read this book and learn about the life and times of Martha Ballard.  Although not a short or easy read, it is a remarkably approachable scholarly treatise and one that has and will enlighten all who read it.