This is another book whose essay got left behind in a flurry of reading.  However, it is certainly a book to consider reading for its engaging story, its interesting, flawed, and human characters, and for the glimpse it provides of illegal immigrants trying to find a place for themselves away from the hostilities they fled.

The protagonist is a neurosurgeon who, because of a fight with his superior, finds himself working in a desert town rather than Tel Aviv.  One night on his commute home after a long shift, he strikes a man, an Eritrean immigrant, in the road.  He gets of the car long enough to realize the man is likely dead and leaves him where he found him.  The next day, the man’s widow comes to his door with his wallet which he dropped at the scene of the crime.  They enter a black-mail relationship whereby the doctor treats other immigrants, most of whom are in Israel illegally.  The doctor spends his nights and weekends treating these patients while his wife, a member of the local police department, is investigating the hit-and-run accident.

The book has a thriller feel at times but mainly considers the evolving relationship of the doctor and the widow, the doctor’s relationship with himself and his crime, and the growing gap between him and his wife.   It is a very worthy read.

This is a memoir by the daughter of Steve Jobs which this reader read for a book club discussion.  Absent that reason, this reader likely would not have read it nor finished it if she started it.  The goals of the author weren’t entirely clear.  Certainly, this reader learned about the details of the relationship between Steve Job and her mother—involved in their early twenties until the mother conceives; Jobs doesn’t acknowledge paternity; mother raises daughter alone; mother gets some help from Jobs when she has no money.  We also learn about Jobs relationship with his daughter—does sort of admit paternity but doesn’t accept a role as a father or much of a provider; allows her to live in his house occasionally but provides little for her even then; excludes her when he has a new family with a new woman in his life.  In many ways it’s a book about Steve Jobs more than anything else.  The author sometimes almost takes the role of defender and other times details his poor treatment of her.  This reader doesn’t feel like she learned all that much about the author herself aside from the fact that her father was Steve Jobs.  So, if you are looking for a tell-all about how Steve Jobs treated his daughter and her mother, this book provides some of that.  If you are looking for insights on the outcome of such a childhood, this reader isn’t sure you will find it here.  This reader certainly wishes the author all the best in the future; she certainly had a sad start.

Lincoln in the Bardo

George Saunders was intrigued by a story he heard about Abraham Lincoln visiting the crypt in Oak Hill Cemetery in Georgetown that temporarily held his son, Willie, who died at age 11 in 1862.  Lincoln apparently visited Willie’s crypt and may have held his body.   Willie’s body was eventually moved to Illinois after Lincoln was assassinated and he lies with his father in Lincoln’s tomb.

Saunders created a story involving a number of ghosts who may or may not know they are dead, or at least don’t necessarily acknowledge it. It seems adults can live in an “interim” state as a ghost for a long time but children need to leave this “interim” state fairly quickly or meet some unspecified consequence.   The various characters watch the funeral, interact with Willie’s ghost, watch Lincoln visit him, and eventually counsel Willie to leave his ghost state for the “beyond”.  They even inhabit Lincoln temporarily to encourage him to let Willie go.

This reader recommends listening to the audio version of this very unusual literature piece. Saunders recruited actors, friends, and even family to record this book which includes 166 characters.  In between comments from the various characters (complete with a line that specifies the character’s name) there are snippets from various newspapers and books that report various events happening in real life during the period of Willie’s illness, death, and internment.  These too are attributed to their source, although it’s not clear which are real and which might be manufactured.  Regardless, they are useful to the reader to provide context to what preceded and followed Willie’s death, although the various sources don’t necessarily agree on many of the details.

Certainly, the reader needs to suspend disbelief and just surrender to the concepts and format Saunders has devised.  Once the reader understands them, which wasn’t instantaneous for this reader and was helped by looking at a written version of the book, it’s quite an interesting approach to this story of Willie’s death and Lincoln’s grief.    The grief Lincoln felt when Willie died is not an invention but well documented, and Saunders certainly captures that well.  The concept that Willie must finish his trip to the beyond and that both he and Lincoln must suffer great sorrow to enable this is quite convincing, even if the characters that are involved are ghosts.

While this reader anticipates that the written word works fine for the book, this reader is convinced that the audio version will provide an even deeper experience and one not to be exceeded for some time. 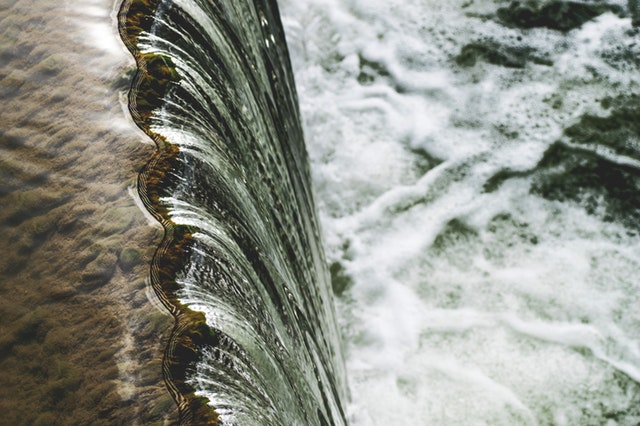 This reader didn’t write an essay about this book when first read not because it wasn’t worthy of it but because she just plain got behind.  In fact, this reader re-read the book a few months ago and might re-read it again.  Clearly much attraction to this book…

The protagonist loses her father abruptly when he dies in his sixties of a heart attack.  When working through his estate our protagonist finds her birth certificate which indicates he is not her biological father after all.  She had suffered another abrupt loss of a parent when her mother walked out on the family years prior, when our protagonist was 14, with no warning.  It turns out her fiancée, Pankaj, (the boy next door) learned from his mother about the paternity secret some fifteen years earlier but never told our protagonist.  Feeling fully abandoned and tricked by everyone she knows, our protagonist takes off for Lapland, a region in northern Finland, to find the father listed on her birth certificate.  The story follows our protagonist on her long and not simple journey to the church where her supposed biological father is a minister.  There she learns that he isn’t her real father either.  She doggedly pursues her quest to learn more about her mother, her real father, why her mother left her family, and how she should view herself now.

So, the attraction to read was and is the interesting journey the protagonist takes to find out about her past, the descriptions of the geography and the particulars of the journey, and the people she meets.  The tardiness in writing about this very interesting book?   The protagonist’s journey is difficult physically and mentally and what she learns is difficult to digest for her and for the reader.  How to move on?  It’s not obvious to her or this reader.

This reader may read yet again to seek a path forward.  Definitely worth the read. 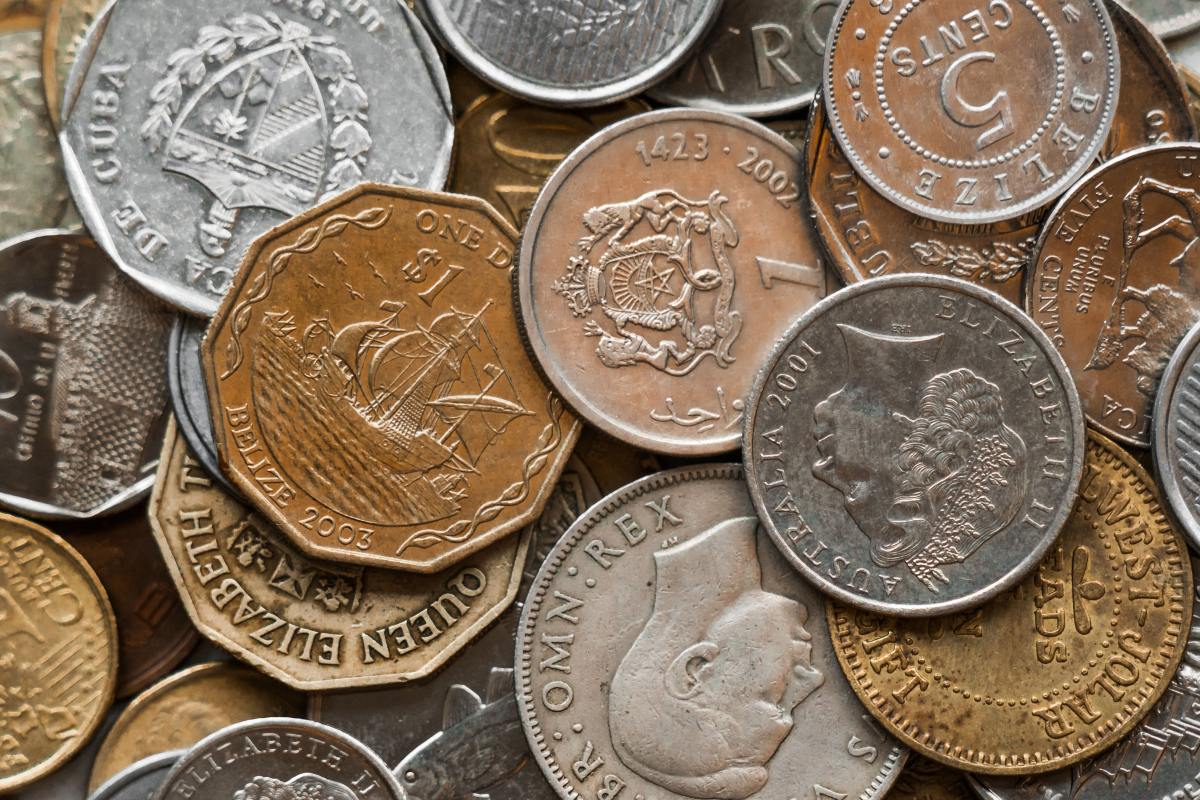 This reader very belatedly provides just a brief word about this magnificent work.  Apparently (1), in Aug 1860 Dickens formulated the basic plot for a “little piece” about an orphan boy who befriends a convict who later makes a fortune and anonymously supports the orphan through his education; the convict bequeaths the fortune to the boy but it is lost to the Crown.  Then in Sept 1860 Dickens needed to do something to save his weekly publication “All the Year Round” so began writing and publishing the story as he wrote it over the course of about a year. It was wildly successful.  It was later published in three volumes.

This reader listened to the book while doing a summer of house painting.  What a wonderful way to ease the monotony of this must-do task!  The book introduces us to Pip, a seven-year-old orphan who lives with his much older sister and her husband, Joe.  In the first chapter, Pip encounters a convict, Magwitch, in a cemetery and is convinced to provide him some bread and a tool.  Pip’s life includes many twists and turns.  He is chosen to visit the spinster Miss Havisham and her adopted daughter.  Pip assumes it is Miss Havisham who has decided to pay for his tuition and living expenses to attend school and leave being a blacksmithing apprentice to Joe.  It is many chapters until we learn this isn’t the case.  And many more chapters of adventure, mystery, unrequited love, clashes of values, that tell what happens there after.

This reader won’t give away any more of the plot and will conclude by saying this is a delightful book about a generally good character who lives through many ups and downs and remains hopeful.