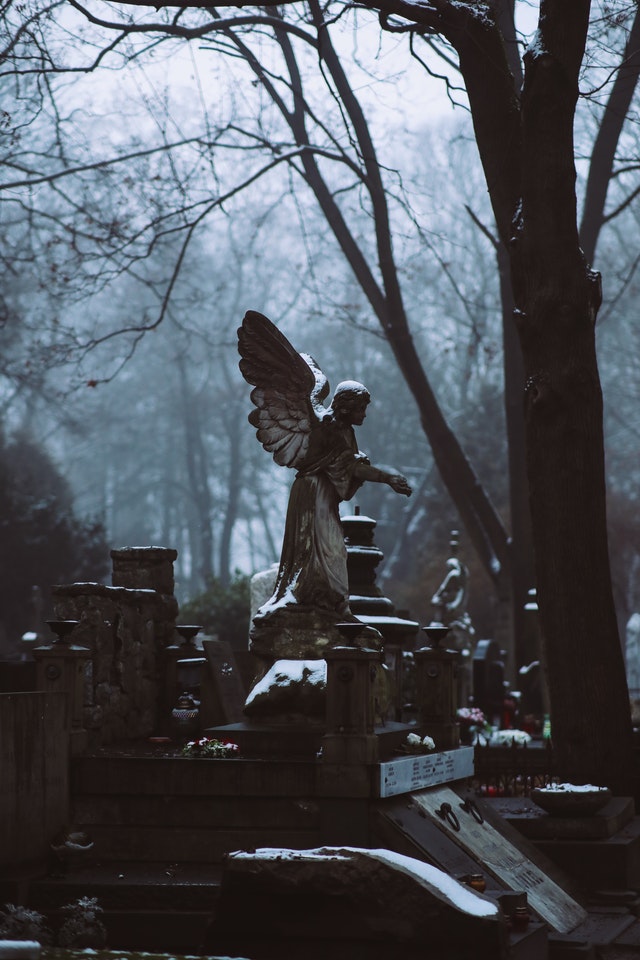 Lincoln in the Bardo

George Saunders was intrigued by a story he heard about Abraham Lincoln visiting the crypt in Oak Hill Cemetery in Georgetown that temporarily held his son, Willie, who died at age 11 in 1862.  Lincoln apparently visited Willie’s crypt and may have held his body.   Willie’s body was eventually moved to Illinois after Lincoln was assassinated and he lies with his father in Lincoln’s tomb.

Saunders created a story involving a number of ghosts who may or may not know they are dead, or at least don’t necessarily acknowledge it. It seems adults can live in an “interim” state as a ghost for a long time but children need to leave this “interim” state fairly quickly or meet some unspecified consequence.   The various characters watch the funeral, interact with Willie’s ghost, watch Lincoln visit him, and eventually counsel Willie to leave his ghost state for the “beyond”.  They even inhabit Lincoln temporarily to encourage him to let Willie go.

This reader recommends listening to the audio version of this very unusual literature piece. Saunders recruited actors, friends, and even family to record this book which includes 166 characters.  In between comments from the various characters (complete with a line that specifies the character’s name) there are snippets from various newspapers and books that report various events happening in real life during the period of Willie’s illness, death, and internment.  These too are attributed to their source, although it’s not clear which are real and which might be manufactured.  Regardless, they are useful to the reader to provide context to what preceded and followed Willie’s death, although the various sources don’t necessarily agree on many of the details.

Certainly, the reader needs to suspend disbelief and just surrender to the concepts and format Saunders has devised.  Once the reader understands them, which wasn’t instantaneous for this reader and was helped by looking at a written version of the book, it’s quite an interesting approach to this story of Willie’s death and Lincoln’s grief.    The grief Lincoln felt when Willie died is not an invention but well documented, and Saunders certainly captures that well.  The concept that Willie must finish his trip to the beyond and that both he and Lincoln must suffer great sorrow to enable this is quite convincing, even if the characters that are involved are ghosts.

While this reader anticipates that the written word works fine for the book, this reader is convinced that the audio version will provide an even deeper experience and one not to be exceeded for some time.