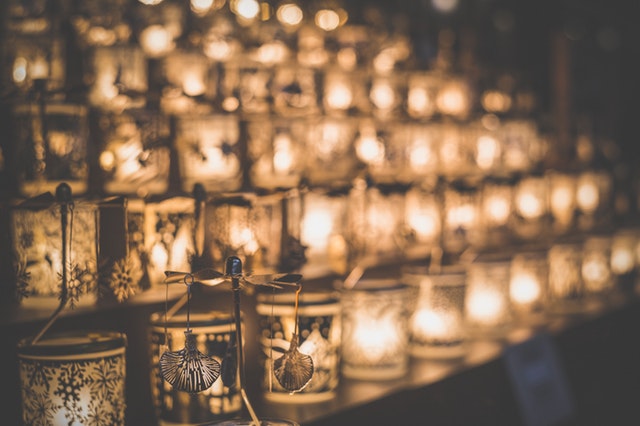 This novel is not about a single Christmas in Mr. Ives’ life but rather many of them and the time in-between.  We learn on the very first page that Christmas time was always special for Mr. Ives. In particular, in that first small chapter we learn that being in a church at Christmas time was an extremely powerful experience for him.  In that section we also learn that he was a foundling but adopted by a man also substantially moved during Mass.  We learn in the very next section, on page 8, that Mr. Ives’ son Robert was murdered a few days before Christmas, just six months before he would have entered the Franciscan order as a young seminarian, and that for the rest of Mr. Ives’ life he has struggled with this loss. “A kid, now a man, whom Ives should have long forgiven but couldn’t, even when he tried to—Lord, that was impossible—so filled was his heart with a bitterness and confusion of spirit that had never gone away.”  So in a few short pages the stage and tone for the novel are set.

Through the course of eights sections comprised of numerous short unlinked chapters with multiple shifts forward and back in time, we learn the story of Mr. Ives:  being in a foundling home; being adopted by someone who was a foundling himself; memories from growing up; studying at the Art Students League where he meets his to-be wife Annie McGuire; their courting and having a family; working at the advertising agency and making enough money to move out of the city to the safer suburbs, which he never does; meeting and becoming lifelong friends with Luis Ramierz, a Cuban who works at the Biltmore, his wife and family; the murder of his son at age 16 by a Puerto Rican boy, aged 14;  subsequent interactions with the murderer’s family and later with him directly; middle-age and retirement life; the Christmas-time encounter with the paroled murderer of his son; and his marriage to Annie.

Through the descriptions of Mr. Ives’ life we also receive many details of life in New York City at the various stages of his life.  We learn a bit about the parallel evolution of New York City over this time with respect to the businesses and customs that fade away while Mr. Ives progresses through his life in a rather trudging way, always burdened by his sorrow following Robert’s death.

Mr. Ives’ life is divided into two parts—before and after Robert’s murder.  After the murder, Mr. Ives does many good works, has a successful career, and remains faithful to his family.  However, his grief never abates.  He and his wife drift apart as a result of his grief, but they remain committed to the marriage and family.  He continues practice of his religion and has a mystical experience which he wishes to understand but can’t.  The book ends in Church at yet another Christmas with Mr. Ives meditating about Christmases past and being once again filled with the promise of a final blessing that would be his when Jesus calls him to join him.

Author Hijuelos chooses to provide the story and some of its interpretations by telling them to us directly versus using a “show-me” approach available with dialogue.  The narrator focuses on telling us about Mr. Ives’ experiences, his thoughts, and his dreams.  There are a few time when he directly tells us about Luis Ramirez’s perspective.  Hijuelos is also direct when connecting Mr. Ives’ story to Charles Dickens and his work.  I personally was not engaged well by this style and had to work harder than I would prefer to stay with the novel to its end.

The novel is unique in that engages directly with the themes of the role of religious practice, the experience of celebrating Christmas, and the struggle of grief following loss a loved one “too early”.   In particular, Hijuelos engages with the theme of grief that never ends nor even fades for a devout person.