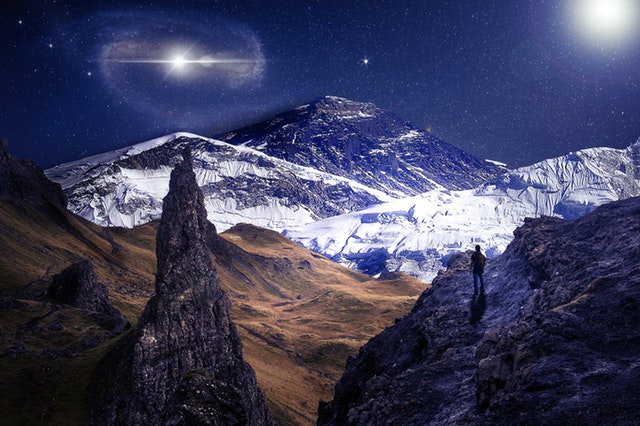 Although this book won two prestigious awards focused on science fiction and fantasy (Hugo and Nebula), this book is not a typical science fiction or fantasy.  Rather it is an example of LeGuin’s  literature in which she creates a new setting for a story to explore significant universal themes, this time about the ability to create and sustain an anarchist society.  In this book, the setting is focused on Urras, an earth-like planet and its moon Anarres.  Anarres became populated by approximately 1 million self-exiled persons over the course of 20 years (it took that long for everyone to make the journey by spaceship) who chose to leave Urras and set up a new society on Anarres following the Settlement of an uprising on Urras.  The self-exiles are known as Odonians, taking their descriptor from the name of the Urrastian woman, Odo, whose writings provoked the uprising on Urras even while she was jailed for nine years.  The Settlement agreed by the Urrastises and the Odonians specified that Urras would continue to obtain raw mineral materials from Anarres but does not otherwise interfere with Anarres.  If addition, no Urrasti can pass into Anarres beyond a space port wall during the trips to Anarres to pick up the minerals it obtains from the planet.   The story starts approximately 160 years after Anarres has been isolated from Urras.  The main character is Shevek, a theoretical physicist who was born on Anarres.

LeGuin starts the book on Anarres as a passenger (whom we later learn to be Shevek) boards the spaceship at the space port which is about to take a shipment of minerals to Urras.  This initiates the story, told in the Urras chapters, about Shevek’s stay on Urras .  Chapter two is set on Anarres and starts the story, told in the Anarres chapters, of Shevek from infancy to his decision to leave Anarres and visit Urras.  LeGuin alternates the Urras and Anarres chapters.  In some editions, the chapter titles indicate the name of the planet which greatly accelerates the reader’s ability to understand the book’s structure and move between time and space settings.

Through the Anarres chapters Shevek’s story provides the reader an insight into the Odonian culture including how children are raised, how people address their sexual needs and sometime form partnerships when they choose to have children, how communities are physically structured, how people obtain work assignments, where they live, eat, work, and socialize.  The reader comes to understand Anarres and Odo’s teaching as Anarres inhabitants born there understand them as well as how these inhabitants understand Urras.  Using Shevek’s story, LeGuin allows the reader to see how an Anarres inhabitant’s perspectives about the societies on this pair of planets evolves as he matures from infanthood to adulthood.

Odo’s writings provided a blueprint for establishing the society, although she never participated in it as she died on Urras before the self-exiles begin to leave.  The reader is invited to consider how well she did in the design that was meant to enable a world in which the community’s shared goals of sharing, giving to the community what you can give, taking from it only what you need, and owning nothing personally, allows a society with no government, no laws, and no motivation for, and thus no incidents of, crime. Life is very austere:  people sleep in small, bare, shared rooms in dormitories, eat in communal refractories which also have sitting room areas, and contribute a day of manual labor each doced (10 days) so that the least desirable but necessary work can be shared.    In addition to the drive for avoiding possessions, austerity is also a somewhat natural outcome of living on a primarily arid planet on which the native life is a few types of plants on the land (no land-based animals) and some fish species in the seas.

The reader will not reveal how it comes about that Shevek leaves Arranes and goes to Urras, nor what happens when he is there, but will indicate that Shevek’s experiences on Urras inform the reader about Urras.  The reader follows Shevek’s evolution in understanding of the “properitarian” societies on Urras and what this means to Shevek’s intentions for being on the planet.

This remarkable book gives the reader substantial concepts to consider on nearly every page.  Just a few examples include:  what drives us to have possessions; what does it mean “to need to work”; what does it mean “to be worked”; how the tension between “the drive self-improvement” (in various forms) and the “drive to do good for society” are played out in various social and economic structures.  Some extracts from Odo’s works that are quoted include:   “free your mind of the idea of deserving, the idea of earning, and you will begin to be able to think” and “excess is excrement”.   An ongoing concept that Shevek and his colleagues struggle with regards when customs become laws as evidenced by the ways those not followed those customs are treated.  A phrase used in marketing the book, and that appears as a subtitle in some editions, is “An Ambiguous Utopia”.  There are ample examples revealing Anarres to be less than a “true Utopia”.  But the reader is immediately forced to consider the similarities and differences between Arranes and his own country.  So although LeGuin creates a foreign setting to consider these and other ideas, the reader is acutely aware that she is addressing universal concepts that surround our own current (and past) society, country, and world.

Shevek’s research regards developing the concept of and equations defining a unifying theory of the universe.  This is a goal that has been pursued by physicists throughout time and that currently remains unanswered.  While the concepts of “Sequency” and “Simultaneity” as they are discussed in this book were interesting to this reader, it isn’t necessary to become distracted by the specifics.  However the concepts of research to expand scientific knowledge and engineering that use that knowledge to some end(s) is very relevant to assimilate.   Shevek wants to author the work.  He doesn’t want anyone person or group or country to own it.  So a question LeGuin challenges us with is to understanding what it is required in order to have a world in which valuable knowledge isn’t in some way owned so that the benefits it enables can provide profit to only some (and in which knowledge that isn’t owned is actually utilized).

As in most great literature, the end of this book does not provide a closed ending to the story.  Rather the reader is invited to continue to consider the questions posed by LeGuin for her characters and for us.

PS–this book will earn the designation “classic” in 5 years as this reader anticipates it will continue to be read and discussed 50 years after its publication.