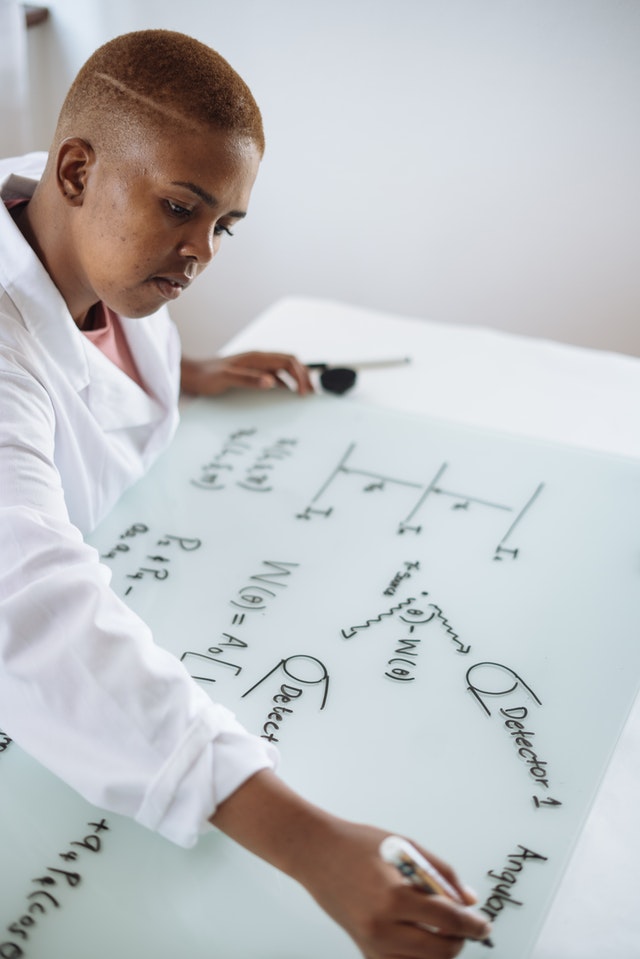 This reader had seen the movie “Hidden Figures” which was based on this book.  When this reader’s discussion group decided to read it as part of our upcoming season, this reader was prepared for the book to cover the same ground in words vs live action.  This reader was absolutely delighted to learn that although the movie was loosely based on the book (various liberties were taken to convey major themes of the book which were supported by the author and the three main characters), the book offers much more. The movie adaptation was well done and received critical acclaim and many awards including nomination for Best Picture at the 89th annual Academy Awards.  It’s possible that the Congressional Gold Medals awarded the three women in 2019 (post-humorously for Mary Jackson and Dorothy Vaughan), the awarding of the Presidential Medal of Freedom to Katherine Johnson in 2015, and naming of NASA facilities for Katherine Johnson and Mary Jackson in 2019 and 2020 were influenced by Shetterly’s book and movie which made the major contributions of these Hidden Figures visible.

Shetterly gives us three histories in her book:  a history of the Langley aeronautical research facility, a look at gender and race barriers faced by black mathematicians, scientists, and engineers, and  a history of segregation in schools.  She does this via the stories of three amazing mathematicians who gently but powerfully broke gender and race barriers during their tenures at Langley.  She comments early in the book that she discovered that there were hundreds of women at what is now known as Langley Research Center both black and white that made major contributions to the war efforts of WWI and WWII and to the space program that launched men into space and landed them on the moon.  In addition, these women broke race and gender barriers regarding the appropriateness and usefulness of women, black and white, in science and engineering.   By telling the stories of these remarkable women, Dorothy Vaughan, Katherine Johnson, and Mary Jackson, Shetterly engages the reader in real stories that illuminate the histories she reveals.

Langley Memorial Aeronautical Laboratory was established in 1917 by the National Advisory Committee for Aeronautics (NACA), a US government agency created in 1915 to promote industry, government, and academic coordination of war projects.  As a civilian facility, its initial mission was to conduct research to enable successful fighter planes for WWI.  Over the years the focus of the laboratory evolved as needs of the nation evolved during WWII and during the cold war, leading to launch of manned space craft and manned landings on the moon.  The number of engineers, mathematicians, and technical support required to accomplish its missions was huge.  Unlike some aspects of the “military industrial complex”, employment levels at Langley did not waver substantially between wars.  Until the 1960s, most calculations were done manually with the support of mechanical calculators and the volume of this work was staggering—both theoretical and experimental work created large reams of data that had to be processed and analyzed.   Langley recruited hundreds of women as “human calculators” (steps below “mathematician”).  In parallel, it recruited hundreds of men into mathematician, scientist, and engineering positions.

The gender barrier was significant regardless of race.  While all the women recruited as “computers” had BA/BS degrees in mathematics, and often physical sciences as well, they were relegated to a role and job title beneath men hired with similar credentials as “mathematician” or “scientist” or “engineer”.  This barrier eventually fell (over decades…) as the “computers” became more incorporated directly into research groups (like Katherine Johnson and Mary Jackson), their male team members began to include their names on technical papers, and their value was recognized by their supervisors.  Mary Jackson’s supervisor recognized her talent and encouraged her to take the required courses to be promoted to engineer.   Katherine Johnson’s on-going request to be included in technical group meetings including her continuing questioning of the “well women are not invited” eventually was successful and she was included in these discussions.  When a collaborator was about to leave Langley to relocate to Houston, where the new space team would be centered in the new NASA organization, he told his boss to have Katherine write up their work as it was mostly hers anyway.  Thus Katherine’s paper became the first technical report solely authored by a woman.

The race barrier was also very significant.  There were segregated “computer” groups—the West Computing Group being all black, supervised by a white woman while the East Computing Group was all white.  Restrooms and lunch tables allowed the West Computing Group were based on their race.  Only after eight years of a “temporary” assignment as Supervisor of the West Computing Group was Dorothy Vaughan, a talented mathematician regularly requested by research groups for her computing prowess and understanding of the work, actually promoted to this position, making her the first black person promoted to a supervisory position.  A quiet protest was fought for several years by a black computer who kept removing the “black table” sign from the cafeteria table they were assigned.  Eventually the sign was no longer replaced.  Katherine Johnson simply ignored the “white only” restroom restrictions as there weren’t “black” restrooms in her building.  Mary Jackson was promoted to the engineer title after a lengthy struggle to get special dispensation from the local school board to attend required courses offered on behalf of Langley at the local (white) high school.

Shetterly also discusses the degree and impact of segregation in schools during this period and the journey towards integration.  Education at all levels was completely segregated by race.  Graduate programs were generally not available to blacks.  Johnson and Vaughan were both encouraged to attend graduate school but neither fully pursued graduate programs for various reasons.  Johnson benefited from an undergraduate professor who designed graduate level courses for the mathematical prodigy (she graduated from college at age 18) which eventually led her to become a primary player in the determination of flight trajectories for various space missions.  Her black professor, despite tremendous capabilities demonstrated while pursuing his PhD in mathematics, only the third ever granted to a black person, could only find employment at West Virginia College, a historically black college.  After the Brown v Board of Education ruling by the Supreme Court, some Virginia public schools were actually closed to all during the period 1956-1958 to prevent integration.