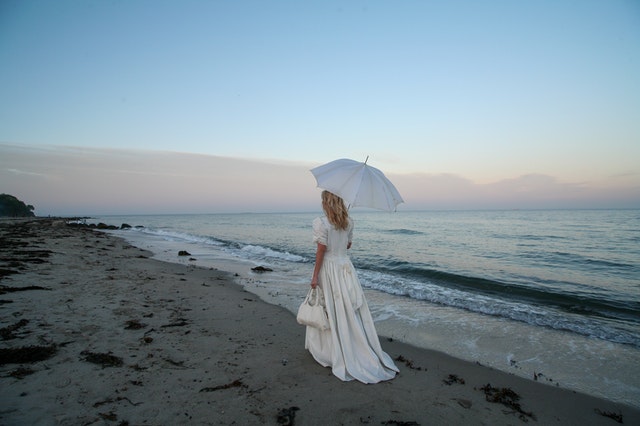 This reader much enjoyed the mystery/suspense of de Maurier’s Rebecca and hoped this book would be similarly engaging.  This reader listened to an Audible production of the book and her level of engagement is demonstrated by this reader’s determination to find occasions to continue listening.  In addition to listening in the car and while jogging, there were additional walks, lots of closet cleaning and other general tidying.  Bottom line—it was hard to turn the kindle off.

The story is set in approximately 1830 with all the societal customs of the landed gentry of Cornwall.  Philip Ashley is the nephew of bachelor Ambrose Ashley.  Ambrose owns a large estate on the Cornish coast.  Philip’s parents died when he was three and his uncle raised him.  The nanny was released from service after a very short time so Philip has grown up with limited interaction with women save the daughter of his godfather who was widowed when his daughter was young.

After Philip graduates from college and begins working with his uncle in earnest on the estate, the uncle starts spending his winters in warmer, drier climates for health reasons.  One winter he stays in Florence to visit its gardens and collect plants for his Cornish estate.  He meets a distant cousin of his, Rachel, who was raised in Italy and is now widowed.  Letters from Ambrose to Philip describe Cousin Rachel in flattering terms.  But very surprising and suddenly his letters indicate that Ambrose, the committed to bachelorhood uncle, has married and will be staying in Florence for the summer as there are a number of business issues to address.  When the letters become increasingly infrequent and suggest Ambrose is sick, Philip goes to Florence only to learn that his uncle has recently died and has been buried and Cousin Rachel has left her estate.  Did Uncle Ambrose die of a brain tumor as Ambrose’s father did?  Philip returns to England and learns from his godfather, who was Ambrose’s lawyer and is now Philip’s guardian, that Ambrose did not rewrite his will after his marriage and that Philip has inherited everything with nothing going to his widow.  The will also stipulates that Philip’s guardian is in control of the inheritance until Philip’s twenty-fifth birthday which is in about ten months.   Cousin Rachel journeys to England and sends a letter that she has Ambrose’s clothes and books and would like to return them.  Philip invites her to the estate and she arrives.   He is prepared to dislike and distrust Cousin Rachel based on the letters from his uncle, from his conversation with Cousin Rachel’s lawyer in Florence, and from his own knowledge that Ambrose had been such a “true bachelor”.

Thus begins the story of Cousin Rachel and Philip.   The story is told by Phillip.  In the first chapter he is looking back at an experience when he was just seven and people convicted of murder were hung on fence posts for all to see and for slow disposal by birds, beasts, and nature.  He gives us a hint of the story and wonders if Rachel was innocent or guilty and implies that he might be guilty of something himself.   What follows is Philip’s narration of the arrival of Cousin Rachel, development of their relationship, a series of decisions by Phillip made as his view of Cousin Rachel evolves from suspicion to total bewitchment, infatuation, and beyond, and the consequences of those decisions.  We see Cousin Rachel only through the eyes of this twenty-four-year-old who is clearly not yet an adult and who is quite good prey for a money-hungry thirty-five-year-old widow with expensive tastes, if that’s who she is.  Phillip certainly doesn’t see her that way, at least at first, but his suspicions are aroused again by another letter that is found in some of Ambrose’s clothes.

A triumph of du Maurier’s writing is that the answer to Phillip’s question of Cousin Rachel’s guilt or innocence is never answered. Another triumph is that we get the story of a highly intelligent and beautiful woman who is continuing to make her own way through a complicated life by means of her beauty, wits, and wiles in the absence of any other paths for women of her class in this society.  As well she gives us the story of a young man who has been raised to be another Ambrose Ashley, a bachelor and well-respected estate owner.  Perhaps du Maurier is showing us to what such a plan leads with the joke being on the actually guileless master–a reverse on a more usual romance story.  This is a superbly well written and engaging read!