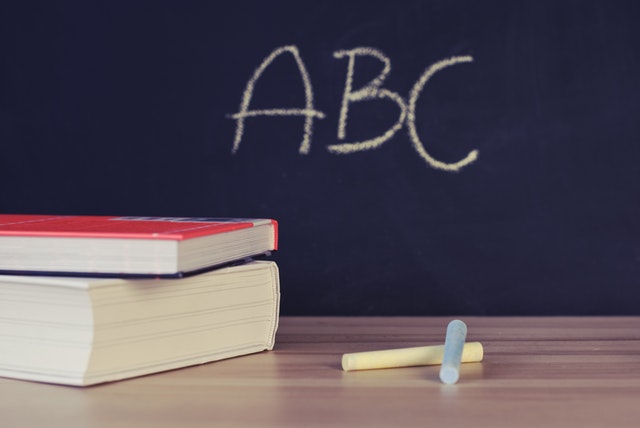 The author of Educated earned her PhD shortly after her 27th birthday and approximately ten years after she first left for Brigham Young University at age 17.  That she left for BYU seems extraordinary considering she had never attended any school previously. An older brother had a few years of public school (and earned a PhD as well) and had previously graduated from BYU.  He encouraged her to apply to BYU—study for the ACT exam to and attain an adequate score on the ACT exam and BYU would accept her as home-schooled.  .

But Tara wasn’t home-schooled beyond learning to read.  Nor did she have a birth certificate until she was nine.  Tara’s world was defined by her father, a Mormon and separatist who is convinced that the family must prepare for both the End of Days (and was amazed the world survived Y2K), and the invasion of their property and their murder by the government.  He convinced Tara that the government would come after them, as they did the separatist Weavers, because they home-schooled.  Only when Tara was in college did she learn about what really happened between the government and Weavers, as well other historical events including the Holocaust and the assignation of Martin Luther King, Jr, to cite a few.

That Tara physically survived to turn 17 is remarkable as well.  Her father ran a salvage business and operated equipment with no thought to safety for himself or his “employees” (his children including very young Tara).  A near-fatal fall of brother Shawn while at work results in a severe head injury, which may have amplified his temper to the vicious and nearly deadly level he exhibits.  The leg of severely burned brother Luke is saved by Luke being placed in a barrel of cold water.  One car accident leaves Tara’s mother with a severe brain injury and brother Tyler with damaged teeth.  A second car accident puts Tara in bed with a neck injury.  Reading these sections almost feels voyeuristic. You know everyone survives but how?

If that’s not enough, brother Shawn is clearly verbally, emotionally, and physically abusive towards Tara, her sister, and girls that, for some reason, are attracted to him, and to his wife.  Tara’s mother witnesses some of Shawn’s attacks on Tara but does nothing to stop them.  Brother Tyler likely saves Tara’s life in one instance when he arrives home after being away; Tyler prompts her to get away by going to BYU.  Tara’s father doesn’t believe her accusations about Tyler because there is no evidence beyond her recollections and what others have told her about their experiences.  Again this feels voyeuristic and believable only because it’s not a novel.

Tara does attain an acceptance level score on the ACT exam through self-study and with some tutoring from brother Tyler.  However getting to BYU doesn’t get her away from the brutality of her family as she returns home between semester breaks and for several summers.  During these times she both enjoys Shawn’s company and is attacked by him.  She slips back into her role in the family and accepts her surroundings and corresponding conditions.

It takes Tara 10 years to complete her studies at BYU (BA), Cambridge (as a Gates Cambrige Scholar) (MPhil), Harvard, and again at Cambrige (PhD in History), which is actually a rather short period of time compared with most students.  Simultaneously, Tara is taking a tumultuous mental journey as she faces into the reality of her family and upbringing.  She details in the book some of the drama that accompanies visits home as well as the help she’s offered by her bishop at BYU and other friends and teachers (and refuses to accept).  She acknowledges that she suffered mental breakdowns (although she doesn’t use that name) and that years of counselling was required to help her progress this mental journey.

The author’s preface includes these statements:  “This story is NOT about Mormonism nor any other form of religious belief.  In it there are many types of people, some believers, some not; some kind, some not.  The author disputes any correlation, positive or negative between the two.”  While I appreciate her statement, the Mormon religion certainly plays a role in Tara’s story.  The only reading material she was allowed was religious writings and texts of the Mormon Church. She acknowledges this provided her a very narrow take on the world including the one true acceptable path of women in the world.  She also credits this reading material limitation with teaching her how to deeply read material she couldn’t understand. Her bishop at BYU certainly places a significant role in helping her and without him it’s likely she wouldn’t have acquired funding required to complete her BYU degree or get to Cambridge.  In her attempts to talk with fellow Mormon students about her confusing feelings, their guidance reflected their own church upbringing and was often limited to what Tara already knew she should do:  pray for guidance.

Certainly Tara’s parents are not average Mormons.  Tara suggests her father’s behavior is consistent with bipolar depression.  Certainly the sudden change from dark depression to extreme vitality leading him to require the family to travel in hazardous conditions back from trips to Arizona, resulting in major car crashes is consistent with manic episodes being triggered by a change in sunlight.  His ability to lecture for hours and his deep preoccupation that the End of Days was near and nothing in the “outside world” (healthcare, government, schools, etc) should be trusted greatly impacted the condition of the household and may have been fueled by manic episodes.  Tara’s mother’s interpretation of what it means to be a good wife helped further split the family from the rest of society and from protecting her children from her husband’s behavior and choices.

Fortunately Tara does escape from this upbringing.  She tells us “I am not the child my father raised, but he is the father who raised her.”  Further she implies that while she now has several degrees granted by institutions of higher education, her “education” was learning to be the person she’s become which includes isolation from some of her family and coming to terms with that.

All of us struggle to become our own person, to separate from our parents.  Some of us face the dilemma of weakened ties with our families while we’re going through that process.  Sometimes the ties stay weakened and sometimes the ties become even stronger eventually.  Tara’s story teaches us about the impact of living in a very isolated state, devoid of schoolmates, teachers, and other human contacts that provide us glimpses of realities that are different from our own and that ultimately help us on our maturation journey.   We don’t yet know how Tara’s story will fully turn out.  We can only hope that the connections she has with some of her brothers and with her mother’s family will be enough to provide the family warmth we all crave and need if the break with her parents can’t be healed.   It seems she anticipates that may be the case on both accounts.